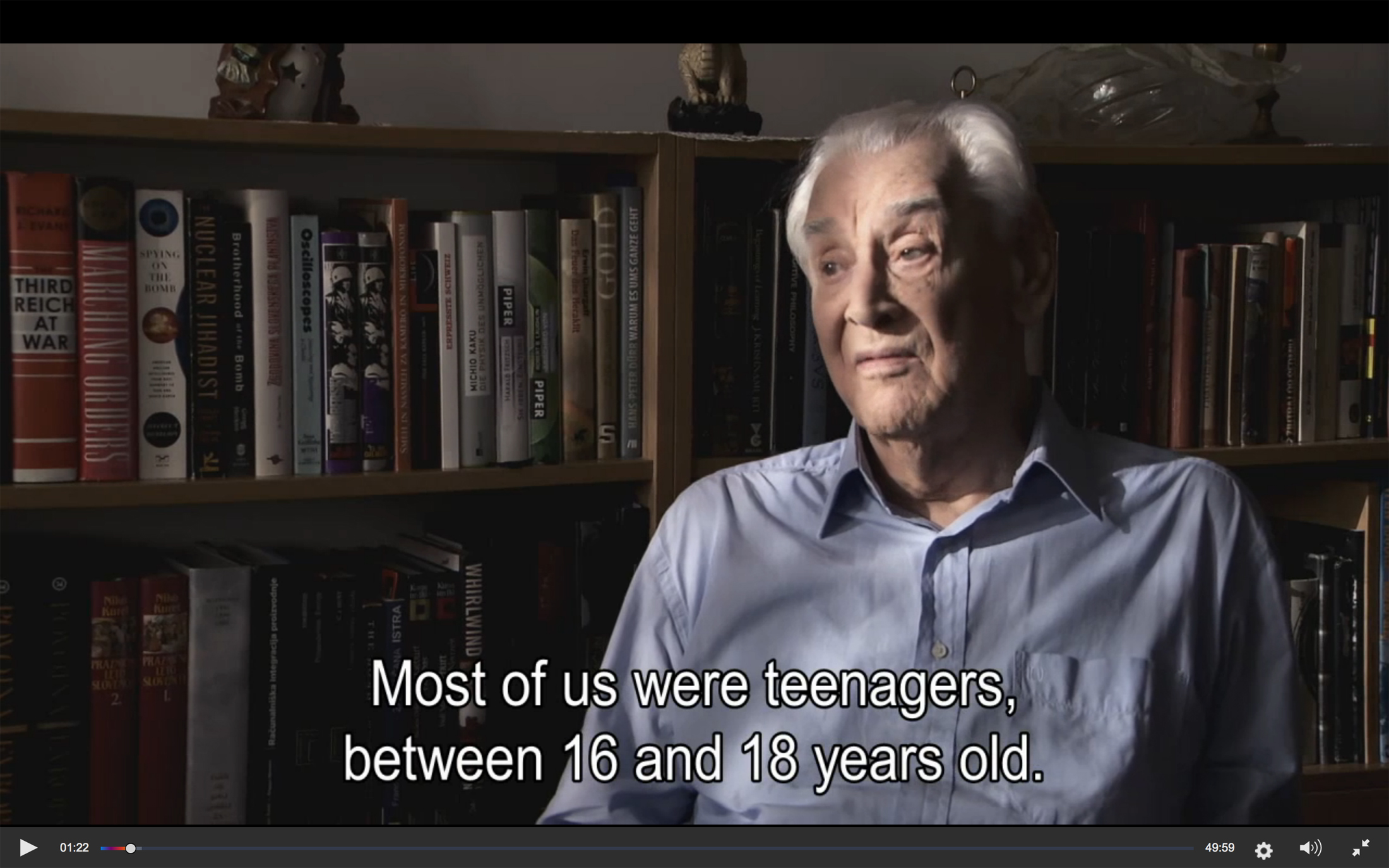 Documentary film Fear Remains (in production with RTV Slovenia) is an attempt to understand how war and experience of internment transforms a man, and how they define a nation.

Since in Slovenia there is no research about war, post-war trauma and inter-generational transmission of trauma, we know very little about it as a community. It is known from foreign studies, that war trauma is incised into neurobiology of next generations, and is expressed in violence, personality disorders, addictions, suicide, political discourse and the self-esteem of people.

The starting point of this documentary film is photo-documentary exhibition Last Witnesses, that was created by authors, journalist Saša Petejan, photographer Manca Juvan and historian Urška Strle. Photography of Ms. Juvan, which depicts rare surviving internees, dictated the film’s visuals. Its rhythm is based on the showcase of art works made in fascist camps, which are stored in National Museum of Contemporary History in Ljubljana.

The purpose of the documentary film is preserving historic memory on fascist camps and internment. At the same time, it encourages reflection of traumatic experiences’ influence on an individual and on society.

To watch the film in Slovenian, click this link: http://ava.rtvslo.si/predvajaj/strah-ostane/ava2.174362416/