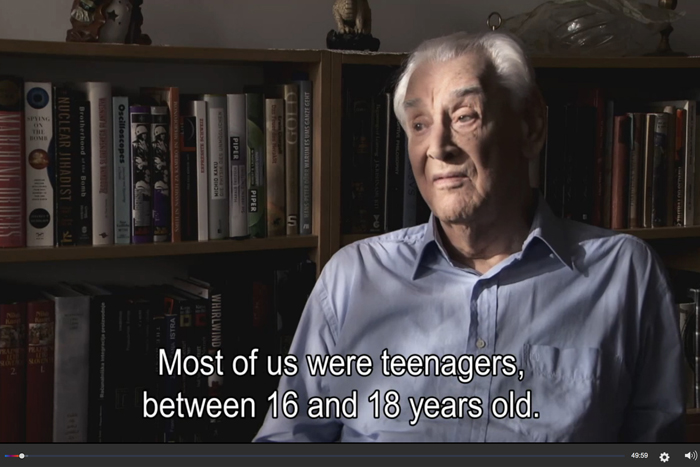 The documentary film Strah ostane (Fear Stays) is an attempt to understand how much war and internment change a man and define a nation.

Former internees reveal the ongoing, lingering impact of human rights violations, humiliation and dehumanisation. Slovene and Italian historians together with a psychoanalyst help us understand the intimate testimonials related to the internment of Slovene nationals in Italian Fascist camps in the years 1942–1943.
The work of photographer Manca Juvan, who captured surviving former internees, had a decided impact on the visual narration of the film. Art work from internees and around the internment, preserved in the Slovene National Museum of Contemporary History, contributes to the rhythm of the film.

Watch the film in Slovenian